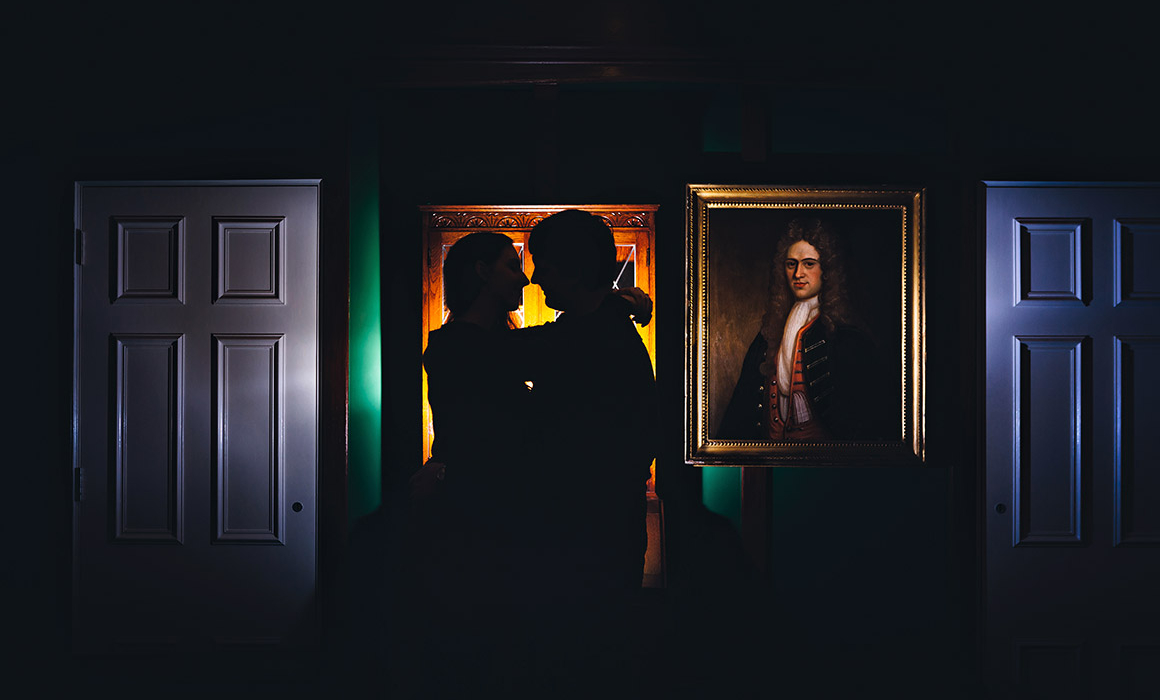 I met Phil & Emma initially through having a wedding consultation, they had found me on Google and liked my style of wedding photography.  After confirming their wedding booking, taking place at The Moat House in Acton Trussell, we planned their engagement session to take place at Brampton Park in Newcastle-under-Lyme.

After a few emails with Phil we decided that January 26th, 2015, was going to be a suitable date for their engagement session.  I remember keeping an eye on the weather as snow had been forecast and a fair bit too.  Would you believe it, the worst snow was due to fall on the exact time we had booked the engagement session!  Did we care? Errrrr no, it would make some awesome pictures.  Both Phil, Emma and myself were excited at the prospect of having some pictures in the snow.

I remember waiting in the car park for them to arrive as I made my lens selection and packed my smaller kit bag with extra accessories I knew would be handy.  I kid you not, the moment they stepped into my view the snow started falling, brisk at this point.  As soon as we said hi and moved to the first location to start their engagement shoot, the snow stepped up a gear to a complete blizzard.  At this point I hurriedly got them in position under an arch and starting taking pictures, lighting them with a remote flash which was already covered in snow.  Not that I like to chimp often (meaning to keep looking at the back of the camera screen) but I could see my vision coming together perfectly.

It soon became apparent that the snow was starting to soak us and I could see Emma was getting cold so we took shelter in the Brampton Museum, right next to the park.  The staff there were very welcoming and allowed us to warm up and take a few minutes for me to dry my camera gear off.  As soon as Emma felt comfortable we stepped out one more time to take some lovely portrait pictures – these are some of my favourite portraits I’ve taken in a while, romantic and so beautiful, these two absolutely love each other!

Again we took cover in the museum, and after warming up and chatting for a while I thought we could use the museum for some pics.  There was a great room to the back of the museum, with nice light and an interesting background.  We spent a few minutes in there getting another favourite picture of mine, a stunning silhouette of them about to kiss – love love love this picture.

Thanks guys for bearing the Artic conditions, but I think we can all agree the pictures have come out simply stunning.  You two look so in love and I’m so excited about covering your wedding in July.

Here are some pictures from the session. 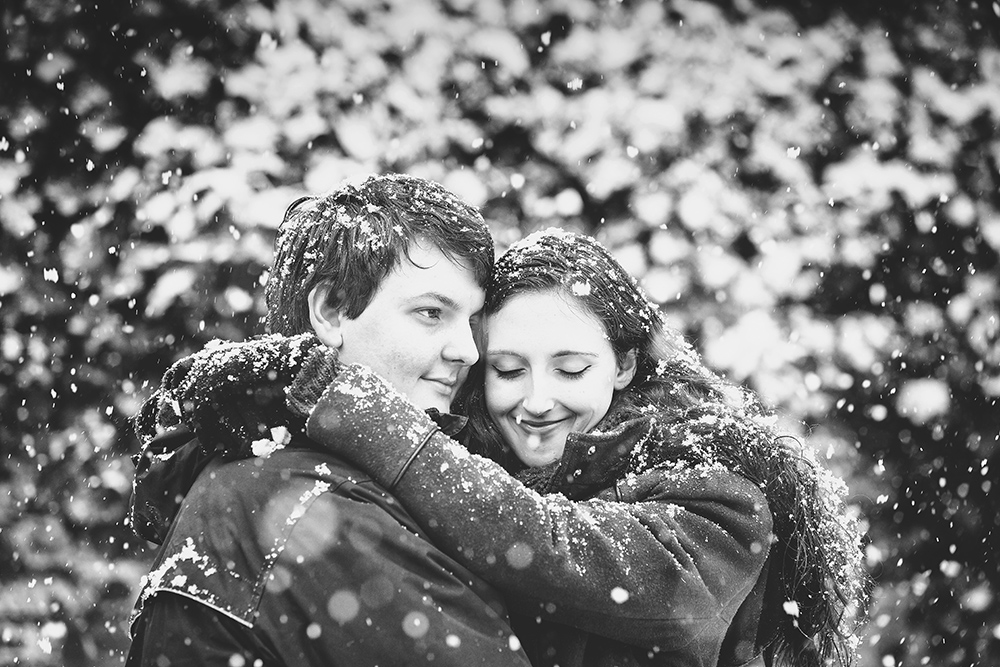 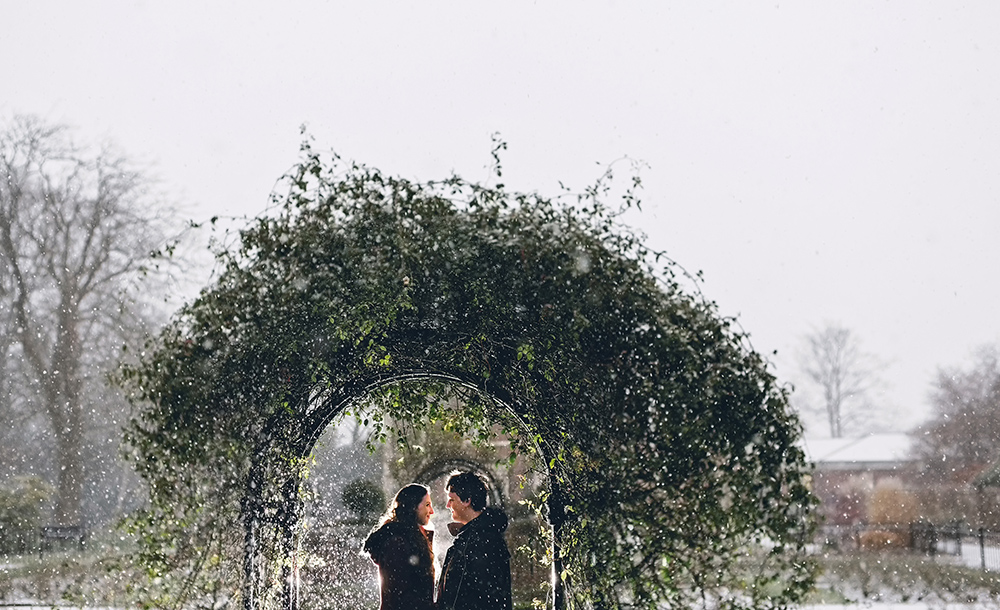 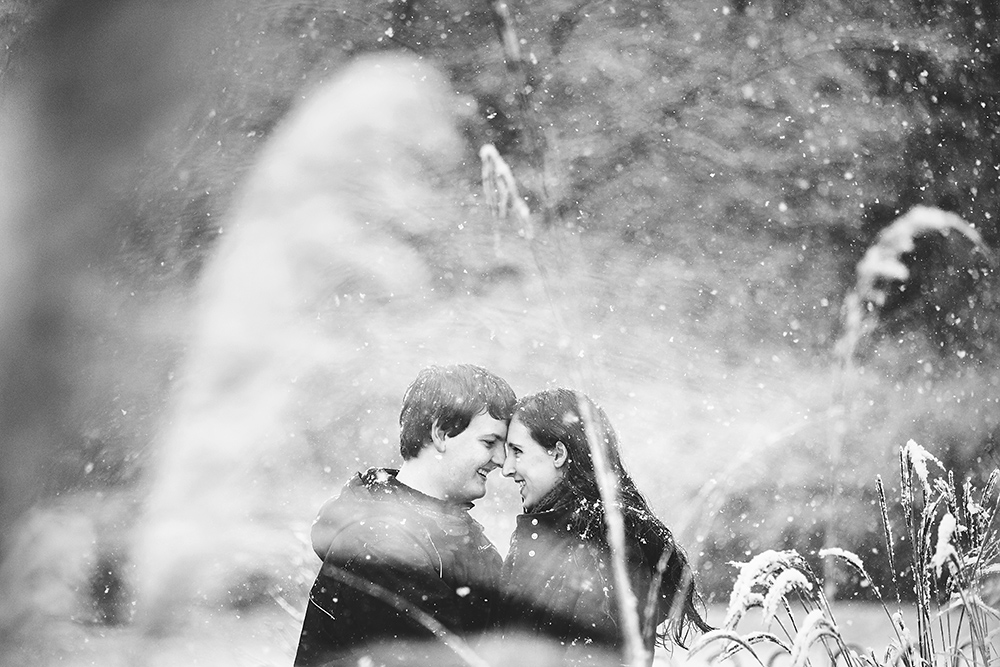 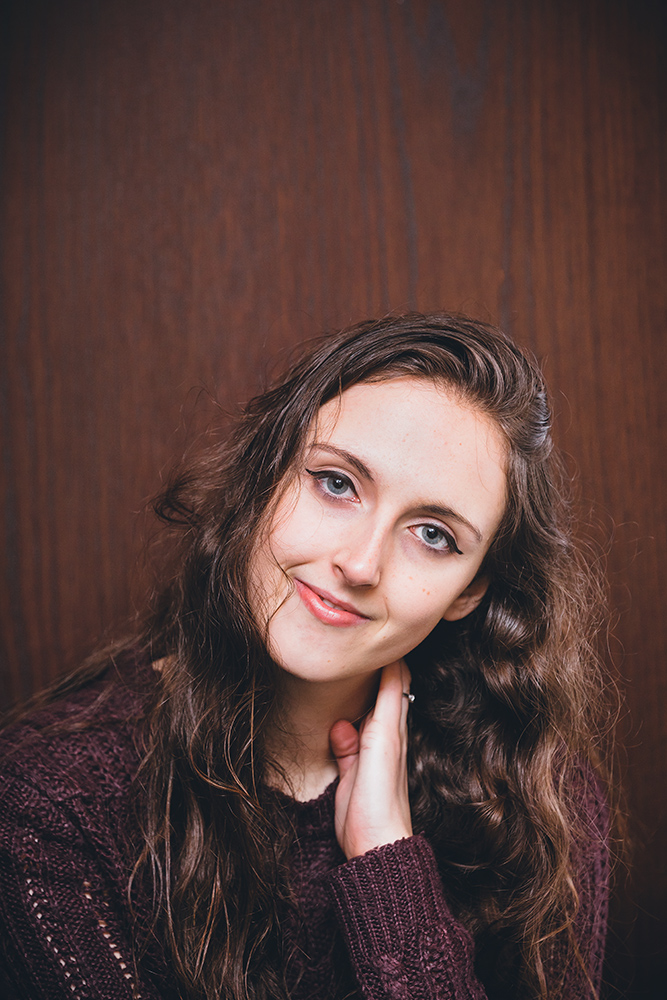